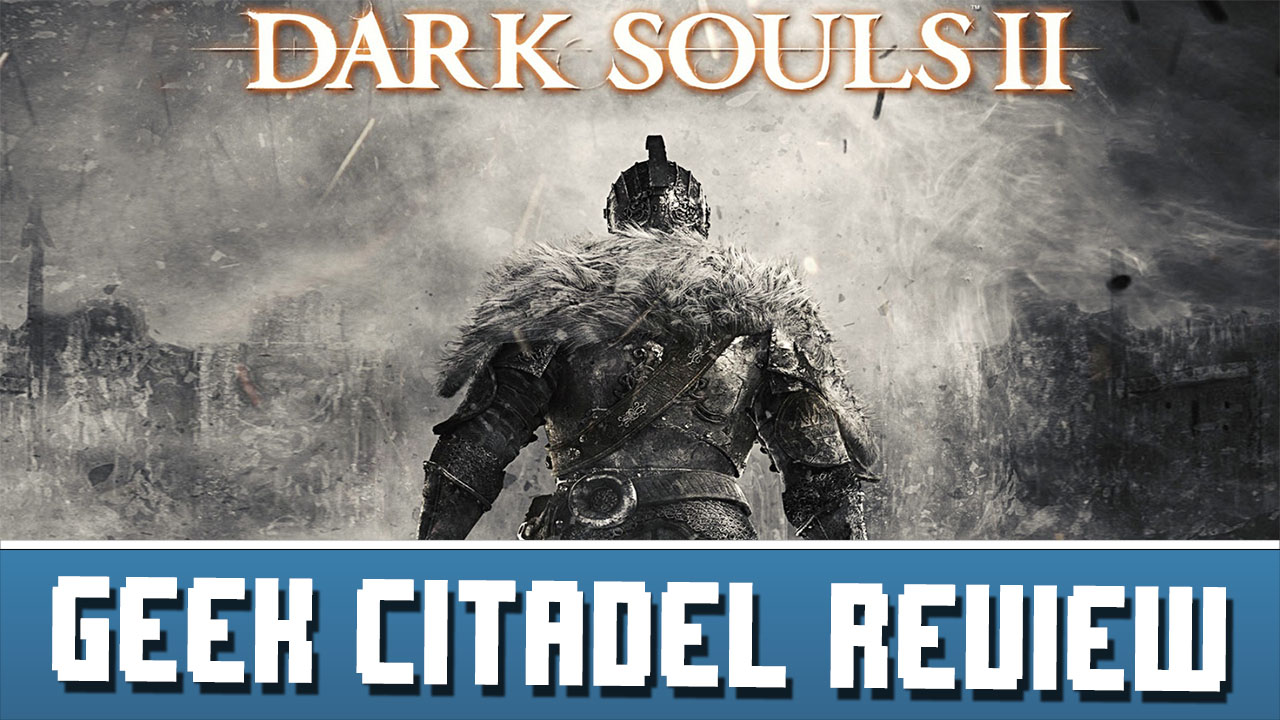 Difficult games are coveted by the most hardcore gamer’s, and this may be due to many games grabbing your hand like a loving child and never letting go. The Dark Souls series is not one of those games. Dark Souls takes pride in letting you know little to nothing, and punishing you for your ignorance at every step. It is all about challenge in this world where two swings from a sword can send you to your doom. The wrong misstep can send you spiraling off a cliff, or into the hands of a hungry beast who will take you out in seconds.

Story isn’t really a thing that matters in Dark Souls 2, at least not to my understanding of how things work. Everything is slowly delivered in bits and pieces of chopped up voice acting. After I heard enough people talk to me like a robot, I lost interest in this so-called story and simply spammed my way through conversations. I’m sure there is a rich history in there somewhere, but the lack of lip animation and stilted voice acting was enough for me not to care. 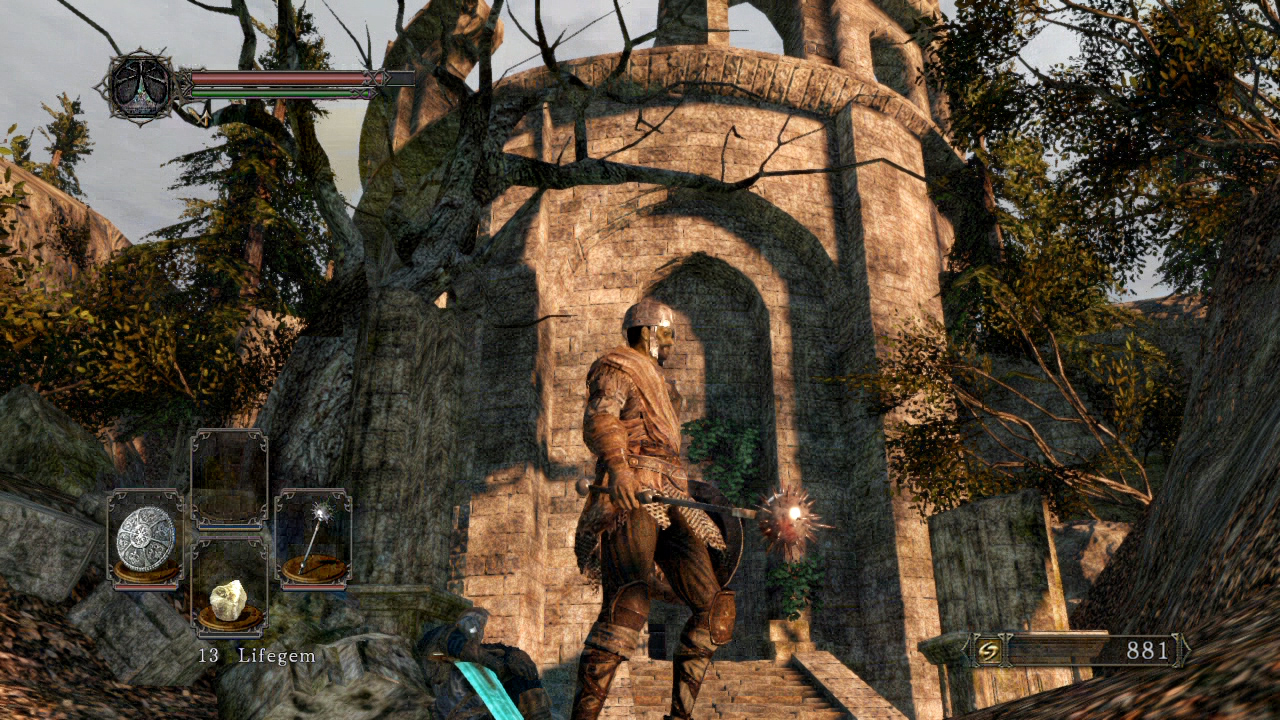 That’s not what Dark Souls 2 is about anyway, it’s about taking to the open-world and getting his ass handed to you. Each battle takes a large amount of patience, as even the smallest enemy can make you pay for impulsive actions. It is all about managing your stamina pool, which makes up the bulk of the movements in the title. Anything from sprinting, blocking, and attacking drains stamina from the avatar on screen. The larger the weapon is, the more damage it does to a creature, but that also means it is slower and takes more stamina.

Learning the patterns of monsters attacks is pivotal to survival. Since players can only block or dodge for a limited time, its best to get to know your enemy well. Luckily, players can replenish their health and weapon durability at bonfires scattered around the world. These can be used as quick travel points to different locations as well. Just know, that each time you activate a bonfire, the enemies in the area reset… at least until you’ve killed enough of them.

Let me cut through all the BS and give you my honest opinion of the controls of Dark Souls 2. I’ll honestly say that it is one of THE most awkward games I have ever played. Half of learning to be good at Dark Souls is learning to deal with the stiff movements of the character. The tank like movements make it hard to dodge quick strikes from enemies, who in turn will auto-target your character to follow through on strikes. Your character has to follow through with every attack animation and leave themselves exposed to incoming damage.

In a way it’s the charm of Dark Souls 2 to allow for this kind of gameplay, to deal with not only the control scheme, but the enemies as well. For most people who aren’t die-hard players, this game will be a turn off. Unless you’re into punishing yourself just a bit, this title isn’t going to change your opinion of it. It is unforgiving, ruthless, and downright unscrupulous when it wants to be. Enemies will tag you when you’ve obviously evaded, you’ll slide off of walls trying to make easy jumps, and so many more things that’ll make you wonder if getting eaten by a Lion is a better way to spend the day. 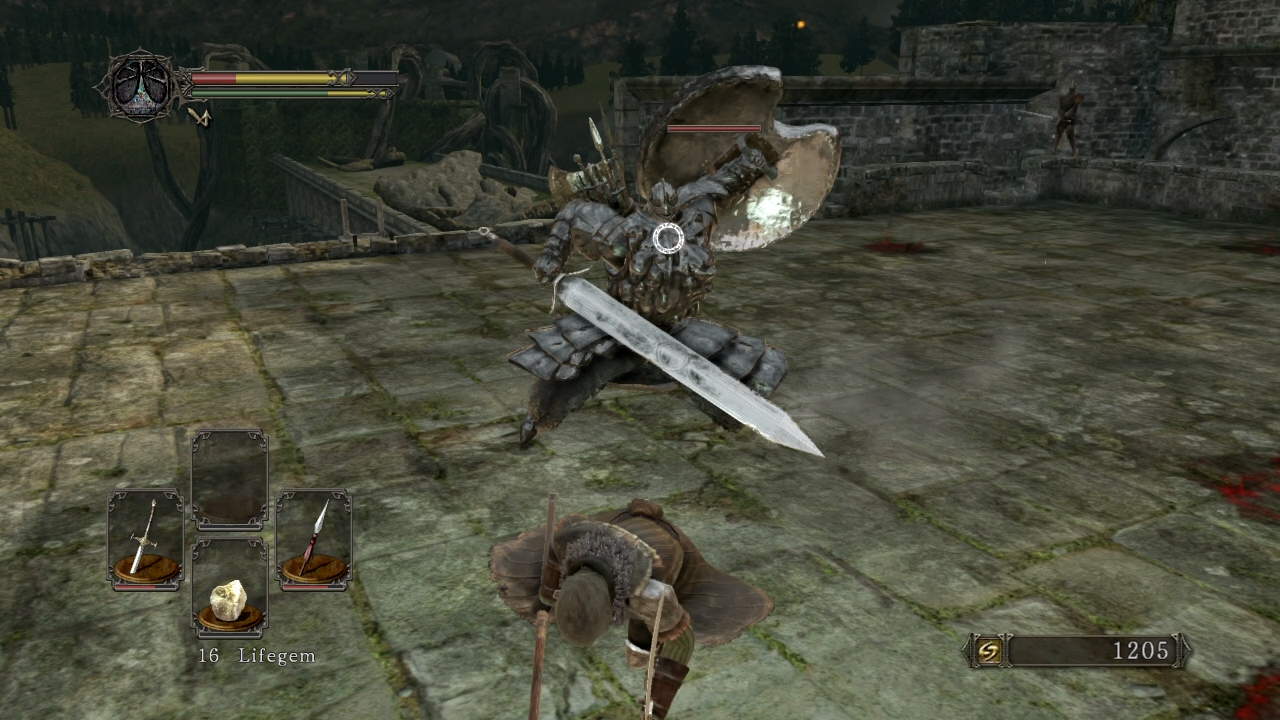 Once you overcome these humps and earn a victory through the countless deaths, the sense of achievement is exhilarating. Very few games have the feeling of joy that success delivers in Dark Souls 2. It’s like all those hours of crying about the last forty deaths no longer matter, you’ve won and you’ll be able to reap the reward for it. It’s a challenge that is worth overlooking the various issues like frame rate stutter, ugly visuals, clunky character controls and more.

Dark Souls 2 receives three stars out of five from Geek Citadel. This isn’t a game for at least 70% of the people in the world. However, if you hang around with it long enough to get over the hump of hundreds of deaths. You have a challenging and fun title just waiting to be explored, give it a chance… but at a lower price point.