Story – Yakuza Zero is canonically the first game in the series. This is the Prequel to the very first Yakuza game that released way back in 2005. This is also the first game in the MAIN series to appear on the Playstation 4. You play as Kazama Kiryu 17 years before he became the legend known as “The Dragon of Dojima.” He’s starting his career as a Yakuza in Kamurocho, by working in the lower ranks of the Dojima family as a Collection’s agent.

Kiryu is an underling to his adoptive father, Shintaro Kazama, The Captain of the Dojima Clan. He’s currently on vacation renting a room out in a fabulous Prison Resort. Kiryu learns that a guy he beat the living crap out for collection money, has died in the same location from a severe case of lead poisoning. Kiryu is blamed for the killing and murder is a serious offense in the Yakuza. If Kiryu were the murderer this would put the blame on the boss, he worked under. The spot for Captain of the Dojima clan is up for grabs while Kiryu’s mentor is locked in prison.

Kiryu opts to leave the clan to help his boss save face and keep his reputation intact. His altruistic methods get him his freedom but fail to appease the wrath of the Dojima Clan against Shintaro Kazama. Now a man without a clan… Kiryu must take to the streets and find the culprit by beating the living tar out of anyone in Kamuroucho. 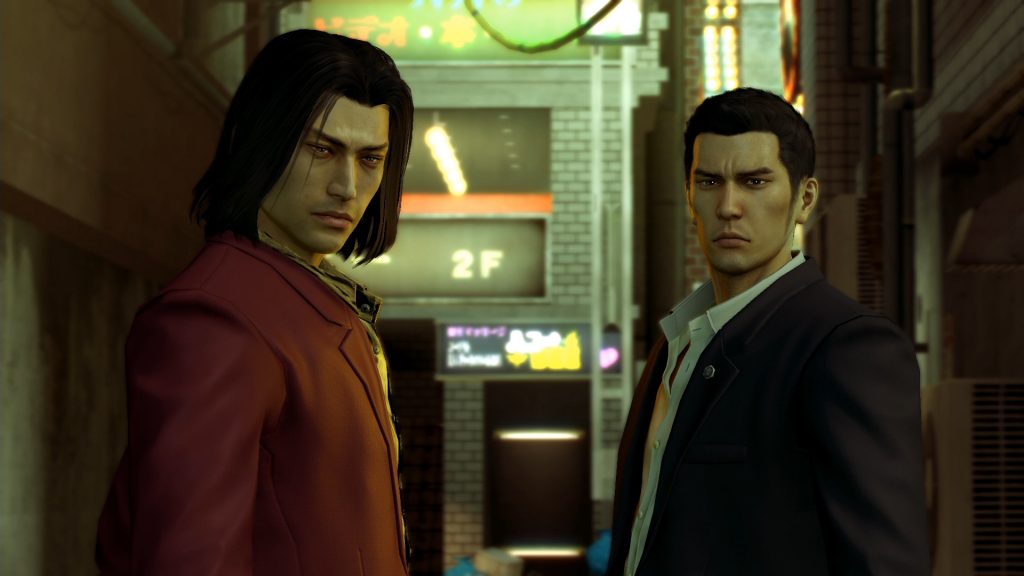 In Sotenbori, lies the former Yakuza, Goro Majima. Majima has taken up a leadership role in a Cabaret Club after being tortured for a year by his former boss. Majima is a diehard Yakuza, and he’s been trying to find a way to get back into the life of crime. He’s given a job to kill a Makoto Makimura, who turns out to be anything but the person that he was expecting. Majima must choose between taking an innocent life or find out why everyone wants this person dead.

Let’s talk about what Yakuza is all about. It’s the WWE of video game drama. You’ll see many a manly person spouting about honor, crying, and showing off with badass poses. It features some adult themes that are a less manly and more boyish in nature. The boys will chat about women they believe are hot, there will be a half-naked pervert dancing in his underwear, and the will watch scantily clad women in videos and exhale loudly while presumably ejaculating. If this is your first game, just be ready for some juvenile antics. I mean, this is a Japanese game about the Yakuza after all.

Visuals – This is the best the series has ever looked by far. The Yakuza series really pushed the photo-realistic imagery back on Playstation 3. On PS4 it looks to carry over much of that visual fidelity but with more clarity and detail. The live gameplay versions of the characters still lack the depth of the higher resolution characters in the cut-scenes. Which is strange because the Playstation 4 could easily handle the increase in detail.

Gameplay – If there is one thing you need to know is that I love the Yakuza games for more than its over-the-top testosterone-fueled drama and slightly stiff combat system. I enjoy the main story in Yakuza games, but I’m usually more interested in walking around the city and engaging in the activities and sub-stories. 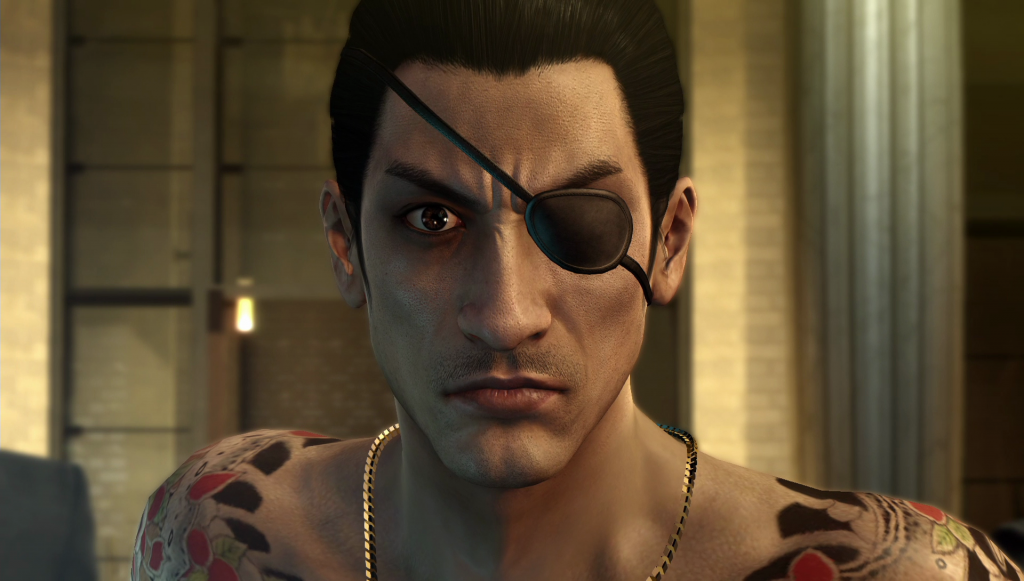 The activities are the most fun I’ve had in a Yakuza title in a long time. I personally enjoy the Bowling, Pool, and sporadic games of Blackjack. There are also two mini-games designed around running a business.  The Host Club lets Majima paint up hostesses and send them out to chat up guys for cash in an entertaining mini-game. As Kiryu, you can buy up businesses and beat the living crap out of people to take over territory. I lost so many hours on these two sub-stories that I almost forgot about the main game.

During my play session, I ran around learning about 80’s technology, embarrassed myself in front of a few kids while helping a woman learn S&M, and watched a dude gyrate his body at the notion of a naked woman. Yakuza is the kind of game you can learn about history one moment and then see a man staring at you in his underwear in the next.

The main reason to play Yakuza is the theme park of activities and sub-stories that you find yourself invested in. I often care more about what’s happening with a random citizen than I do with the whole of the troubles of the Yakuza clans. It’s the delightful Clash of Japanese Culture and Zaniness that brings me back to this series with every release.

While the last couple of Yakuza games made a great deal about including different characters with unique fighting styles. Yakuza Zero makes a huge change by giving each of the protagonists three styles to swap between. Majima and Kiryu can swap between three distinct styles that compliment the different characters. Kiryu is the big brawler that uses sheer force to muscle his way through his opponents. Majima is a wild man that uses breakdancing moves and bats as his main arsenal. 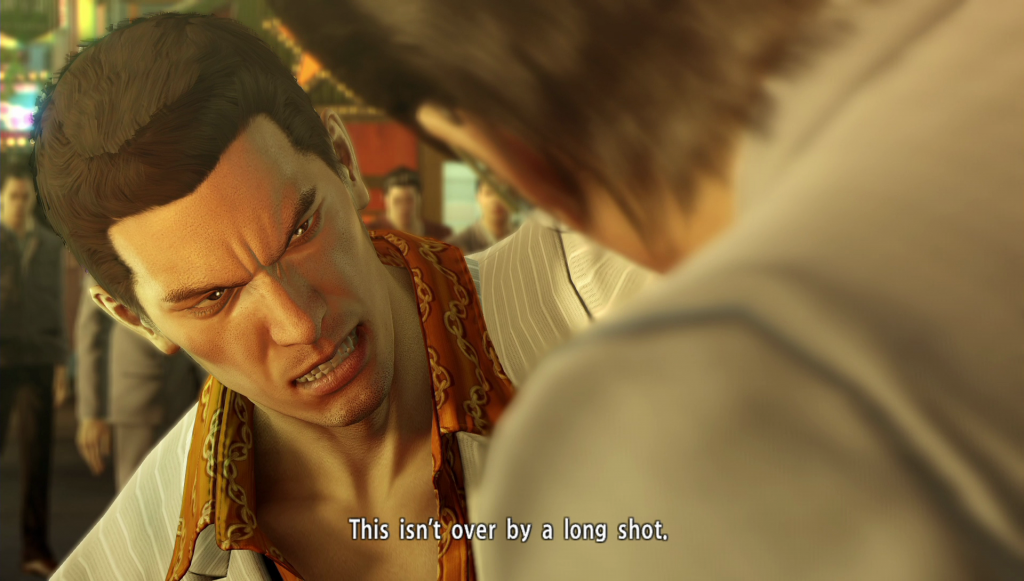 You now get cash bonuses for knockdowns and stylistic combat. The better the ass beating the more cash you accumulate during fights. Cash is a bigger deal in Yakuza Zero than any other game before it. Money is now used to improve combat abilities for the main characters. The more lucrative the fights the better the upgrade chances for our anti-heroes.

Yakuza Zero has a version of Debo in the game to snatch your chain. Or, as Yakuza Zero refers to him, the Shakedown Man. Kiryu is usually a beast on the streets that consistently outmatches anyone he battles. The Shakedown Man is a different kind of beast. He’s like a monster in Dark Souls. He’ll wreck Kiryu and steal his money leaving him broken and destitute. He can be avoided but he’s a monster you will eventually wish to conquer.

Yakuza Zero still doesn’t have a waypoint system but it’s easy to learn the streets of Kamurocho. Sega finally added a way to keep up with substories by including icons on the map. This makes it easier to find the locations of the next part of the quests. This is probably one of the best additions to the series as it stops all the aimless wandering from previous titles.

A completion list has been added to the series. It’s a form of Achievements that reward the player with upgrades and items in-game. This includes increased funds from combat or longer sprint durations. It’s always good to see an achievement system that accentuates the gameplay.

The game engine still loads when entering and exiting buildings. It doesn’t take very long either and it seems like it could have been avoided completely. 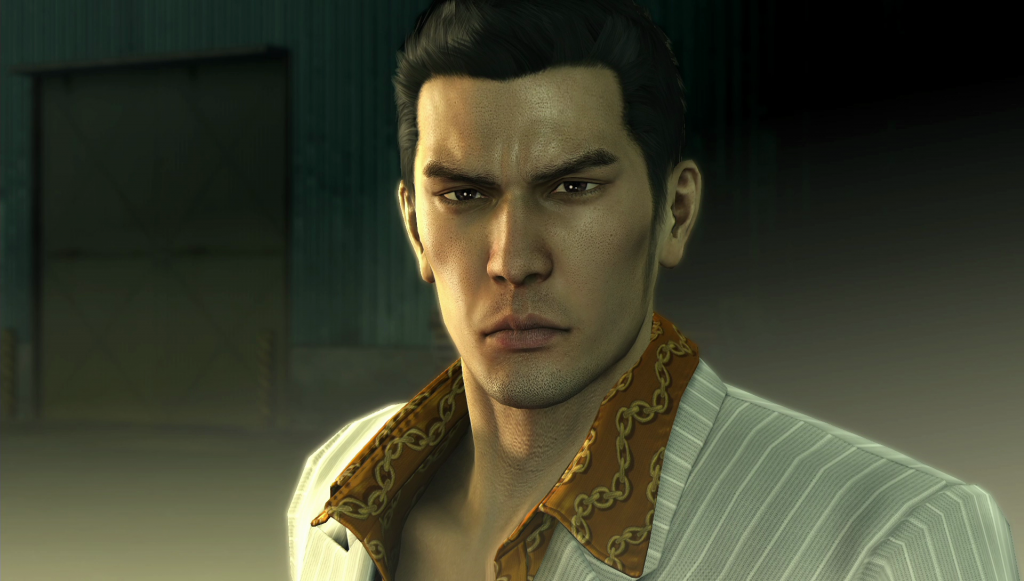 The stylistic choice for some of the cut-scenes just isn’t working for me. I get the idea behind these noir style scenes, but they appear tacked on compared to the rest of the cutscenes. They don’t show up very often and it makes me think they were added as a test or late in development.

This game may be on Playstation 4 now but the graphics and animation haven’t changed. Unlike the upcoming Yakuza 6, it looks like Yakuza Zero is resting on its laurels. It’s sharper and more detailed but it still has that Playstation 3 stink. Kamurocho is the same as it has been in previous Yakuza games, so it certainly isn’t pushing the limits of the PS4. The weird movements and lip animations during in-game cut-scenes are slightly jarring. I mean… just look at these awful robotic animations during the host interviews.

The combat is still a bit behind the times when it comes to responsiveness. There are way too many gaps in animations that leave the player open to retaliation, and dodging and blocking isn’t reactionary. I need the game to stop depending on its animations and allow for some real-time defense and evasion. Right now, it’s still stuck in the PS3 era of gaming but hopefully, Yakuza 6 will again fix this issue.

The main storyline can be a bit longwinded. There are conversations that go on for way too long explaining something we understood in the first 2 minutes. Characters often feel the need to reiterate points or explain things that were already understood. I often find myself looking away from the screen after I got the gist of the discussion. It’d probably be easier to stay focused if I spoke Japanese, but even then, Yakuza 0 should be more concise with its storytelling.

Special Moves shouldn’t be linked to the Business storylines. I get that they’re stories in themselves and SEGA really wants us to see the entirety of the game. I just don’t think that pivotal moves should be tied to these rather involved side-story mini-games. I like them, but I also get that some people could see them as a chore.

Escort missions are a detraction, not an addition. It’s annoying to try to keep cannon fodder alive in any game and it’s an unwelcome game design choice for to the Yakuza series. 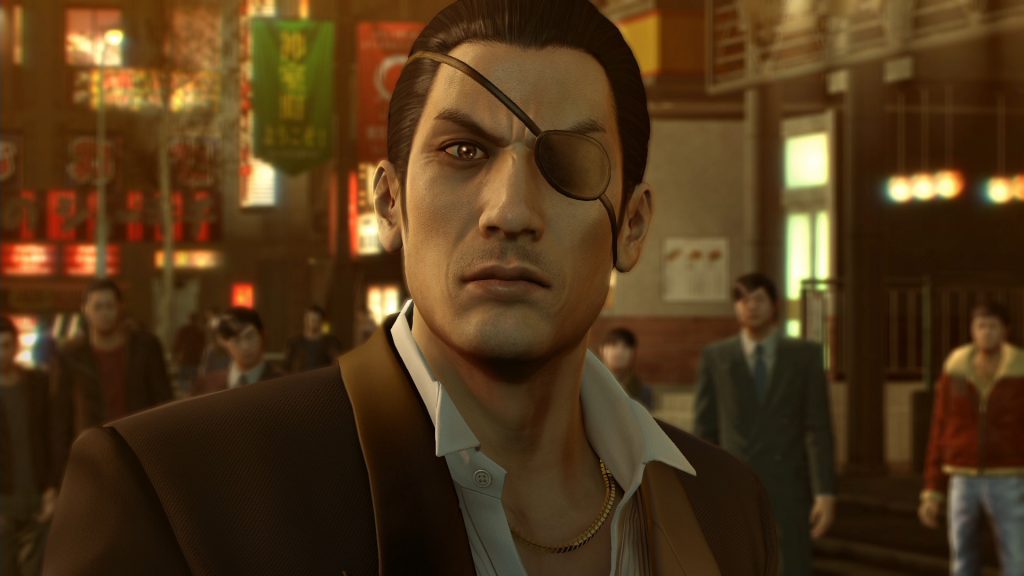 I had tons of fun playing Yakuza Zero for one main reason. It’s great to see where Kiryu and Majima began their legendary run. Strike that, it’s great to see how Majima became the Mad Dog crazy character that hounds Kiryu through his career. Kiryu doesn’t really change much in personality between games, but this game takes Majima and shows you how he turns into this batshit crazy character.

Despite some of the excessive conversations and convoluted clan twists scattered through the story. This was one of the more enjoyable stories in the Yakuza series to date. Yakuza 4 and 5 didn’t pull me into their stories like the Yakuza 1 – 3 did. Yakuza 0 brings back that classic feel of a Yakuza in a messed-up situation that they must struggle free from.

Beyond that the combat is solid and the multiple stances help keep the game feeling fresh. The side-stories aren’t nearly as wacky as they’ve been in previous years. In fact, they’re a little too focused on the sexual side of things. I swear, I ran into a guy talking about panties, or sex, or some weird fetish way too often. I’m not even saying that the sexual stuff is all bad, but a few of the stories made me recoil from the awkwardness.  All in all, it still has historic gems in there and some crazy appearances that’ll make you buckle over in laughter.

This is a series that prides itself on content-on-top-of-content. The sheer number of things to do in this game will leave most people awestruck. I completed the game in 90 hours and I had to rush to beat the game with loads of sub-stories and special abilities to unlock. I love the Yakuza series and 0 is no different for me. I’ll be right there in line for Yakuza Kiwami and Yakuza 6 when they hit shelves.