Toejam has convinced Earl to leave Funkotron and return to Earth so he can impress a new girl in his life. As usual, Toejam messed up and ends up destroying the ship and scattering the pieces across the Earth. The aliens find themselves stranded on the planet in a search for all the parts to fix the ship.

Toejam & Earl: Back in the Groove is very similar to the first Toejam and Earl. The game takes on an isometric view as the aliens walk across gigantic islands trying to find different ship parts. They’ll use elevators to rise up to high locations encountering many rabid humans on the way.

The big thing about Toejam & Earl isn’t about the combat but instead avoiding the humans and exploring the splintered Earth for gifts. Presents play a big part in Toejam & Earl since they activate different abilities for the protagonists. Unwrapping a present is as mysterious as seeing a bunch of gifts under the Christmas tree. Opening a present reveals a unique item with a wacky ability and also reveals the identity of that present if it’s picked up again. 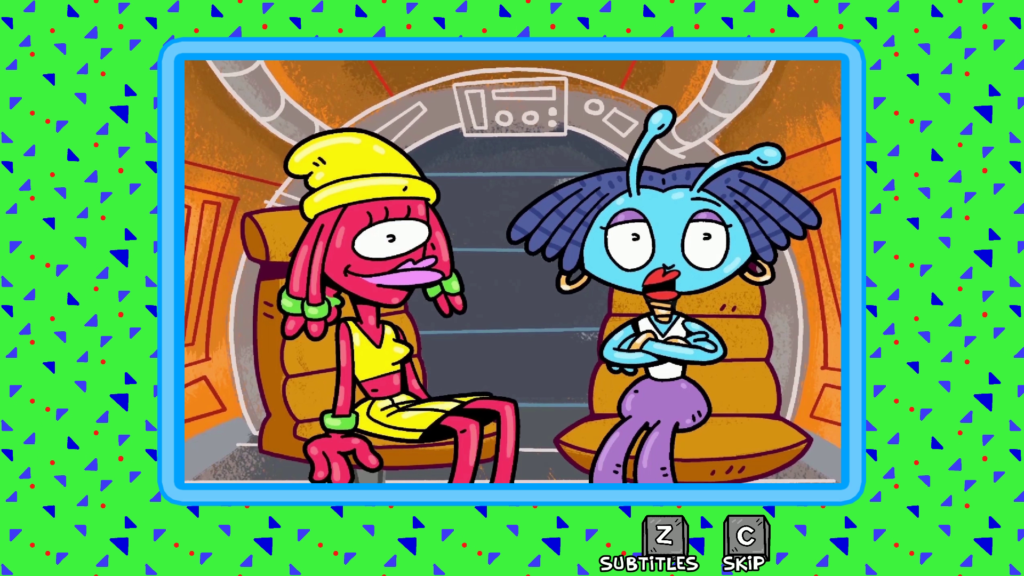 These presents can range from high-speed sneakers to Icarus Wings. These items will help keep the Earthlings off your butt, as well as give the Funkotronian’s an opportunity to fight back. The trick with the presents is that contain good and bad gifts. So, you may open a ton of gifts and have a good arsenal of items and then suddenly you’ve opened a gift that randomizes them all. You even have the chance of opening presents that draw enemies towards the gang, or even lower a level they’ve gained over the course of the game.

Speaking of leveling systems, the old Toejam and Earl reputation system remains intact. In the previous game, it mainly affected the health bar, but in Back in the Groove there are many different stats to upgrade. Speed, Health, and Luck are just a small amount of the randomized stats gained from earning reputation.

Back in the Groove introduces a few new and returning systems to the game. The Hyperfunk Zone returns from Toejam & Earl: Panic on Funkotron in all of its side-scrolling glory. There are also a few dancing mini-games that give extra experience points on each floor. Toejam and Earl can hide in sunflowers to avoid Earthlings, search for hidden items by rustling them, and feed coins into a meter to reveal secret prizes. 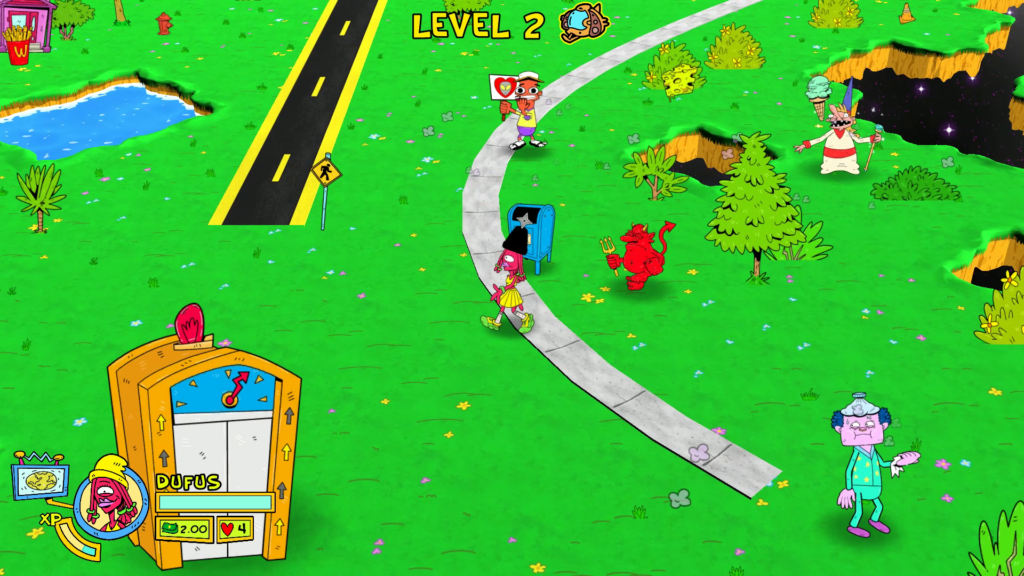 One of the greatest things about Toejam & Earl games are encounters with Earthlings. The visuals are crisp, clean, and made of cartoony greatness. Lots of enemies from the previous games appear in Back in the Groove but they’ve all received a visual upgrade to their look and animations. Each earthling has a distinct animation tied into their murderous methods. Men in Black that randomize items and murderous mailboxes intent on feasting on our protagonists’ packages or lack thereof.

Back in the Groove impactfully mixes in new level design compared to previous titles. Levels don’t just change for the sake of looking different anymore. There are snow and night levels to change up the atmosphere and make the earthlings more difficult to see or avoid. The game is also filled with secret presents and hats that will keep us coming back to Earth for more. We can also unlock 3 other characters outside of the original four.

Toejam and Earl: Back in the Groove is without a doubt the return of the series. It’s a vastly upgraded version of the original Genesis game with a wider range of presents and characters. It fixes a lot of the quality of life issues that were problematic in the original game. Such as having a map that took up the entire screen and stopping gameplay to a halt. The game awkwardly pausing every time the players switched from split-screen to full-screen and vice versa.

There is just so much here that Back in the Groove lovingly retreads and improves. I’ll go out on a limb and say that it may not be the most innovative game for new players. It’s designed specifically for the nostalgia of the old game and those that loved it. That’s why this is a great game and hopefully a great template for a more innovating sequel in the future. Toejam and Earl: Back in the Groove is a blast to the past. Don’t be afraid to check it out! 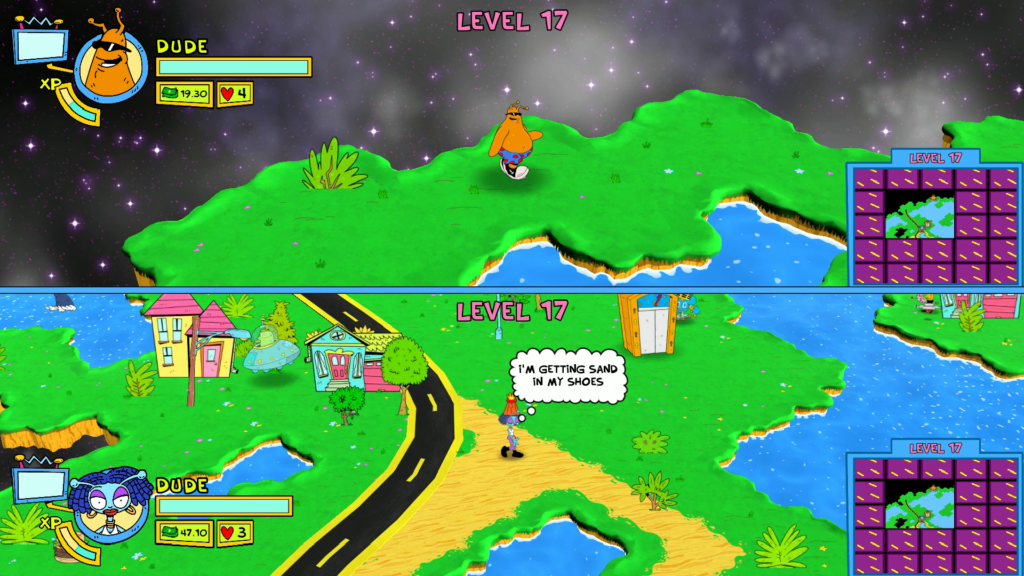