Snipers in real life and in video games are seen as truly skilled shooters. In the Sniper Elite series you play as Karl Fairburne, a rather serious officer of the OSS heading behind enemy lines in North Africa. His task is to locate a dangerous weapon, while taking down a number of enemy officers on the way. It’s rather simplistic story and I can’t for the life of me remember any of it, but it’s more of a means to drive Karl into dangerous territory.

Karl is the best at cracking off shots from afar and watching the heads of his enemies explode. We follow behind Karl in third-person view as he creeps about trying to avoid getting himself killed. Karl is grounded to the floor similarly to the Gears of War titles. He can only climb ledges or jump over obstacles by following the contextual prompts given. He is a stiff fellow when he moves about, but his aim is smooth and quick when it is time to get down to killing. 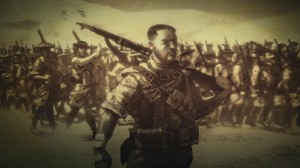 Sniper Elite has always been about keeping Karl hidden in the darkness. Taking sniper shots while loud noises are blasting are the keys to staying in stealth. Any shots taken too close to enemies will put enemies on alert. Karl will have to relocate to a safe place so that he isn’t taken down by an entire army of soldiers. He can setup trip mines, land mines, and more to stop enemies from getting too close to his position.

Sniper Elite III allows for free-form movement through open-ended levels. Karl can approach his enemies from many different locations. The stages are set up so that Karl can’t be pigeonholed into a linear pattern. Let’s not kid ourselves though, the goal in Sniper Elite III is to shoot people dead. You’re practically pushed into slaying soldiers by the leveling system that racks up on each kill. It calculates tagged enemies, close-quarters kills, and much more.

Mission structure is as generic as shooters can get. Primary objectives focus on killing key soldiers and getting Intel, while secondary objectives are about dispensing of random officers or blowing up vehicles. Nothing truly pops out as extravagant or something you’d pursue for story details. It’s just an easy way to keep your scope locked on the heads of adversaries. It’s disappointing, but it didn’t stop me from ripping off more sniper fire.

This experience system will unlock various weapons for Karl to employ during his missions. So the repetitious nature of killing at least comes with a value. When all the features have been spilled on the table and studied, what you’ve got is a pretty straight-forward shooter. Sniper Elite doesn’t break the mold from previous titles, or even other third-person games. You shoot a lot of objects and people, and then you move on to the next level. 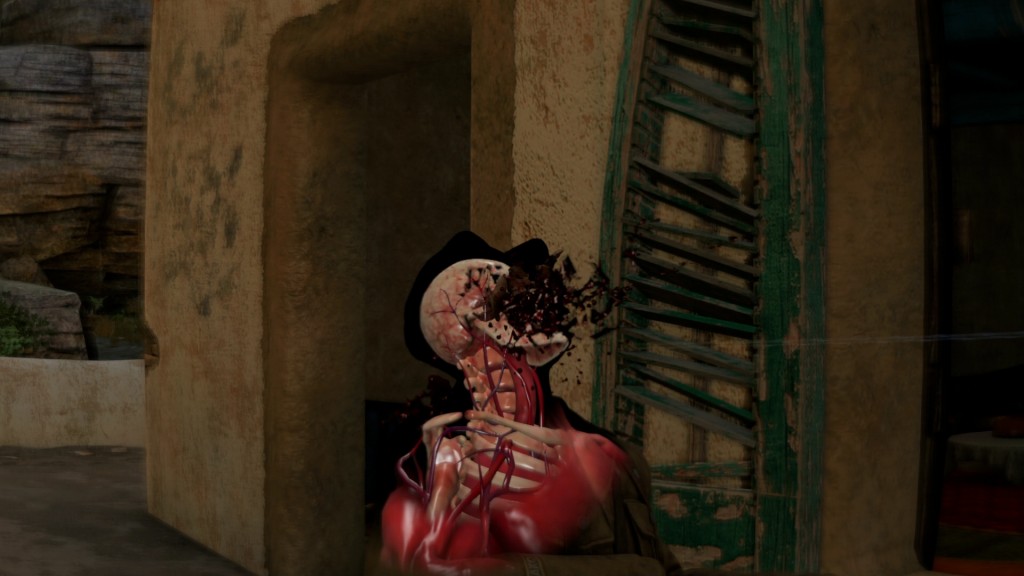 Sniper Elite III is a bright and colorful title with some well-textured but generic character models. That’s perfectly fine though, because you’ll see them from the inside being gruesomely torn apart in X-Ray vision. Much like Sniper Elite V2, the X-Ray vision makes sniping an enemy that much more appealing. The crackle of bones splintering from the skull, and the ripple of wind trailing around the bullets is a sight to see every time it happens. In fact, I was disappointed every time the X-Ray cutscene didn’t appear.

Just like previous titles, Sniper Elite III can be played with another person in tow. Well… if you know someone else that owns the game at least. For some reason… you can’t play with a random person on the internet. Which is a big letdown once you find out how dull the Multiplayer modes are. Consisting of Deathmatch and Team Deathmatch, players will rub their bellies against the floor and camp about the area waiting for a head to pop out. If you hate any sort of camping (like I do), you shouldn’t even touch the Multiplayer of Sniper Elite III. That’s if you can even find an assortment of Multiplayer games to get into at all. There are possibly 100 plus servers, and only 10 or more actually have players on them.

Depressing multiplayer aside, Sniper Elite III is a fun title if you’re into shooters. Sniper Elite III receives Wait for a Sale from Geek Citadel. It doesn’t do anything that hasn’t existed in the previous titles, or other games in the genre… but it’s still a fun title deserving of a play. If Sniper Elite III offered a more engrossing story, and a less generic mission structure… I can see it being a game series to watch.

*This game was provided by the publisher for review*